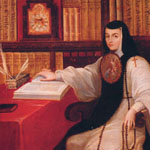 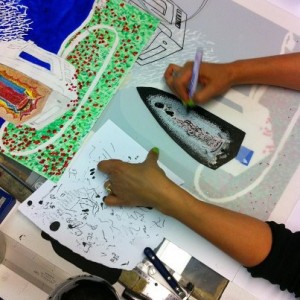 Sor Juana Inés de la Cruz was a 17th century Mexican nun, celebrated playwright, mathematician, and poet during the Baroque period, when women were restricted from education. In 1667, this self-taught scholar enterd a convent, the only place she was allowed to educate herself. Although some of her work was burned during the 17th century, it is now looked upon as a defense for women’s right to education.

The tribute at the Emma S. Barrientos Mexican American Cultural Center to Sor Juana included a film screening on April 12 of Yo, La Peor de Todas (I, The Worst of All). The following evening there was a panel discussion – “Sor Juana’s Legacy: Paving the Way for Feminine Creativity” – moderated by Kelly Grajeda, with an introduction by Dr. Gregory F. Pappas, Professor of Philosophy at Texas A&M University and a leading Sor Juana Scholar. Artists Paloma Mayorga and Margarita Cabrera also participated in the discussion. 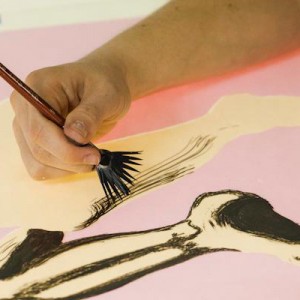 Main Gallery – Margarita Cabrera: Brought Us With Me

Margarita Cabrera’s work centers on socialpolitical issues within communities addressing different aspects of immigration, violence and the economic relationship between the United States and Mexico. Learn more about Cabrera on her official website. Her Serie Project print, which she produced during the 2013 residency program, is part of the exhibit and will soon be available for sale on our website.

“My work is a means of understanding the thoughts that occupy my head. I have a deep fascination with bones and bodies and the contours which make up their beauty.” Read more about Mayorga in our Serie Project Artist in Residence Spotlight. Her print, Señorita Juice, which she produced during the 2012 residency program, is part of the exhibit and is available for sale on our website. 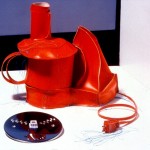 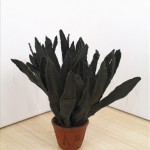 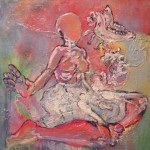 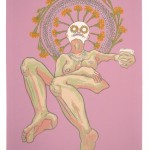