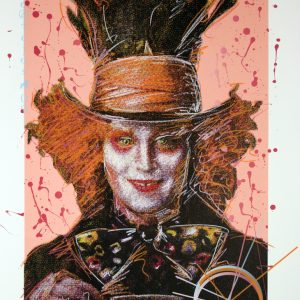 Richard S. Duardo, renowned artist and master printer, has been an advocate of the arts in Los Angeles for over 25 years. Since graduating from UCLA in graphic design, he has been prolific in producing a large body of work. Considered the “West Coast-Warhol,” Duardo was honored by the National Endowment for the Arts and named “The Artist of the Year” in 1988 by the California Arts Commission. In 2004, he was elected chairman of The Graphic Arts Council at LACMA.