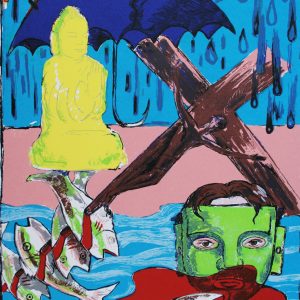 Andrés first graphic novel Before They Were Famous: Babe Ruth was published in 2009. He has currently been commissioned by Showtime TV to illustrate an animated story for their TV show Dexter. Andrés illustrations have received recognition in American Illustration & Society of Illustrators Annuals.

Look for Andrés next graphic novel Little White Duck, which is in the works, and should be out in the fall of 2010.