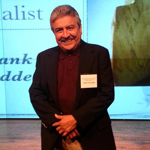 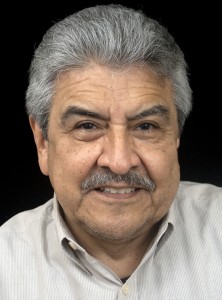 The Austin Visual Arts Association (AVAA) has announced the recipients of the 2012 awards. The ceremony will take place on Thursday, November 15th, from 6:30 – 9:00 PM, with YNN’s “Arts Minute” Host Carla Stanmyre McDonald as the Master of Ceremonies. In an effort to recognize Austin’s top artists for their achievements in the field, as well as to expand, promote and document Austin’s role as a leading arts destination, AVAA will launch its third awards ceremony to pay tribute to the many noteworthy Austin artists who are making an impact in the community.

There will be a courtyard cocktail reception for artists, patrons and industry leaders with delicious hors d’oeuvres beginning at 6:30, followed by the awards presentation in the AT&T amphitheater. During the ceremony, the winners will be announced by a great mix of Austin art supporters. Presenters include, among others, Robert Faires – Austin Chronicle Arts Editor, Bruce Willenzik – Armadillo Christmas Bazaar Founder, Artist Edward Povey – Winner of the 2010 President’s Award, Arts Commissioner Gloria Mata Pennington, Arts Writer Salvador Castillo, Artist Hank Waddell, AVAA President Donna Crosby and more. A video display of the artworks from current and previous award finalists and winners will be shown throughout the event. The ceremony will be followed by a wonderful array of desserts.

AVAA chose 13 different groups and/or individuals from various segments of the arts community to select the 2012 honorees.

AVAA selected Sam Coronado as the recipient of the 2012 Lifetime Achievement Award. Coronado founded the Serie Project, a non-profit organization in Austin with a mission to create and promote serigraph prints created by Latino artists and others in a workshop environment. Artists from Texas, the United States, and abroad have participated in this project. In conjunction with Coronado Studios, a print shop that produces screen-prints exclusively, the Serie Project administers and produces fine art prints, which travel at exhibition venues around the world.

Tickets for the AVAA Awards Ceremony are $20. Please RSVP to kelli@avaaonline.org if you plan to pay at the door.