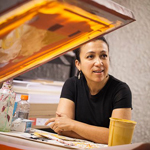 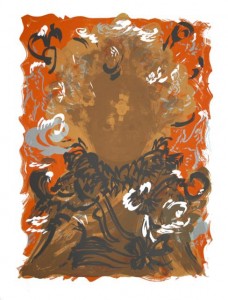 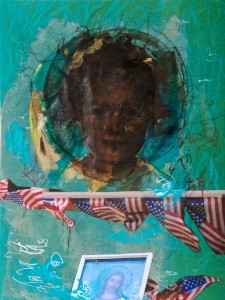 My visual narratives generate energy, alluding to the emotional physicality of art making; and there is the urgency of a concept to keep alive. The physical and emotional experience of drawing is essential to my art making process. — Scherezade Garcia

While living in Austin, Texas, in the early 1990s, Pepe began working with Chicano artist Sam Coronado (no relation). Inspired by Sam’s work, Pepe took some of the concepts back to New York City. And now the circle is closed with Scherezade Garcia’s participation in the Serie Project’s XIX Artist in Residence program.

“My fascination with the social human experience since the ‘discovery’ of America and its multifarious results is an endless source of inspiration and an essential part of my discourse,” says Garcia.