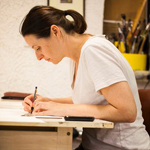 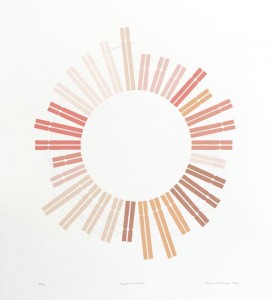 I strive for restraint as I feel issues involving science and ethics are most powerful when revealed subtly. I want my message to reveal itself slowly through the viewer’s investigation of form and materials. I hope this project will initiate a dialogue with the ethical issues surrounding the use of genetically modified organisms and be an engaging way of disseminating information on a subject that is little known outside of the sciences. 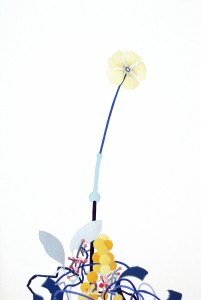 She received an Artist Foundation of San Antonio Grant and ArtPace Travel Grant in 2008 to support her current body of work, Rx Garden. From 2000-2001, she was a Core Fellow at the Glassell School of Art, Museum of Fine Arts Houston, and was recently an artist in residence at the MacDowell Colony in New Hampshire. Halonen is an assistant professor in the Department of Art and Art History at Trinity University. She lives and works in both Austin and San Antonio.

In her earls 20s, Halonen was diagnosed with juvenile diabetes, and she became curious and interested in what the insulin she was taking to stay alive was doing to her body. Insulin is the first genetically modified pharmaceutical, and although there is much critical commentary on GMOs (genetically modified organisms), Halonen says she can’t be critical of something she depends on for life.

“My work explores relationships between the body, nature and medical world,” says Halonen. Her ongoing Rx Garden project investigates the historical and contemporary practices of producing pharmaceuticals, including the controversial use of genetically engineered plants and animals. She combines aspects of sculpture and painting with the visual language of biotechnology, to create rigorously crafted, idiosyncratic objects using traditional and non-traditional art materials.

Repetition, shape and color are prominent elements in her work,  and they reference the science involved in altering an organism’s DNA. Her color choices reference the marketing palette used in the pharmaceutical industry. Although she doesn’t really like to cite them as direct influences, Halonen is aware of and interested in the work of Roxy Paine and Damien Hirst who deal with biological and medical drug-related topics.

“I have long been attracted to the design qualities found in biological diagrams as a form of abstraction,” explains Halonen.