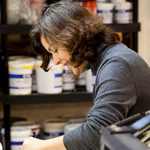 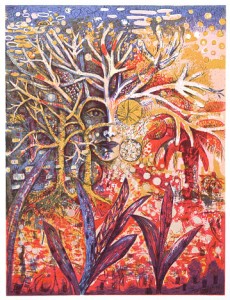 Poli Marichal is a Puerto Rican printmaker, painter and filmmaker, living and working in Los Angeles, California. Her works combine expressionism and symbolism, realism and fantasy to create images that convey strong statements about the human condition as well as environmental, social and political issues.

“My goal as an artist is to create suggestive and expressive works that go beyond mere surface and content and take me into the realm of the uncharted,” says Marichal. ” I feel I’m most successful when the work reveals new possibilities I had not anticipated.”

Her work has been exhibited in local Southern California venues, as well as nationally and internationally at The Museum of Modern Art, The Snite Museum at the University of Notre Dame, The Cultural Institute of Baja California, Mexico, The Institute of Puerto Rican Culture in San Juan, Puerto Rico, The Glasgow Print Studio, Scotland, and the Mexican Heritage Plaza Museum.

“Tree-like and organic forms often populate my more personal works,” explains Marichal. “Trees have a deep significance for me. They symbolize our need to be rooted and safe as well as our desire to transcend our limitations and branch out into the cosmos.” 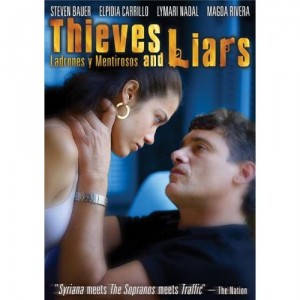 She and her husband, filmmaker Ricardo Mendez Matta, also wrote, produced and directed the feature length drama, Thieves and Liars, which deals with the impact the drug trade and government corruption has on three families in Puerto Rico. The award winning film was bought by HBO and is being distributed by Warner Home Video.

Marichal has a B.A in Printmaking from the School of Fine Arts of the Institute of Puerto Rican Culture and an MFA from Massachusetts College of Art. She has been recipient of grants from, among others, the Santa Monica Cultural Affairs Department, The Puerto Rico Film Commission, Rockefeller Media Arts Fellowship and the Massachusetts Council for the Arts Media Grant.

“I am really excited with the new advances in printmaking and the exciting possibilities they allow,” states Marichal. “I love the process as much as I love the end result. For me, art making is a journey that never stops unveiling secrets.”