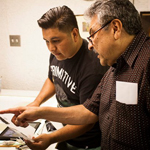 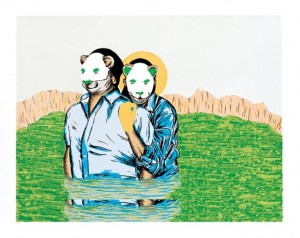 The paintings deal with an array of formal issues ranging from those of classical portraiture to the elements of graffiti art. For me, it’s important that I create work that shows my art training from both academia and the streets.

It’s also important to me that I preserve and represent these underground subcultures. We are building and documenting our own history through our art because every day it grows and changes.