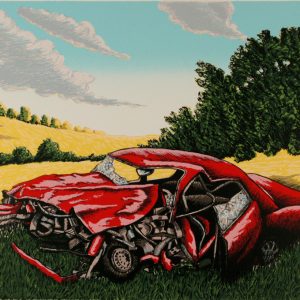 Paul Sierra was born in Havana, Cuba and immigrated to the US in 1961. He studied at the Art Institute of Chicago. In the last ten years he has had over sixty solo shows. His work can be found in the National Museum of American Art, DC; Museum of Contemporary Art, Chicago; Museo del Barrio, NY; and Fort Lauderdale Museum, among others. His major influences are his cultural heritage and life in urban America as well as Greek mythology, film, and Latin American writers. He currently lives and paints in Chicago, IL.