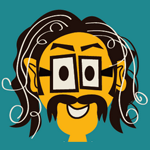 My work examines the creation of cultural identity through the use of tropes that construct a ‘Primitive-Other’. Primitivism has been utilized by many civilizations as a justification for a social “cleansing” of a state. Especially with respect to European cultural identity, these recurring images of the ‘Primitive’ have been essential in confronting cultural differences. Regarding ‘primitives’, these untamed id forces are often in complete unity with the supernatural. Images of animism, extraordinary universal forces, and zoomorphic atavism are central to primitivist expression. I appropriate these qualities as being idiosyncratic of Mexican immigrants in the U.S. My work challenges a misguided patriotism that subordinates those who have been displaced. My aim is to find how cultural and national identity can be constructed through the negation of another culture.

Michael Menchaca was born and raised in San Antonio, Texas. Being a child of two Mexican immigrants, he grew up valuing both American and Mexican cultures. As a child, becoming a cartoonist was his dream job. He began his professional education at San Antonio College — working in digital illustration and graphic design. He  also learned traditional drawing skills, which is what he valued the most during his experience in community college.

Menchaca then enrolled at Texas State University, where he studied Communication Design; shortly after starting the program, he decided to shift his focus to printmaking. With serigraphy, he found a medium that allowed for flexibility while communicating graphically. He also became interested in current events.

“The idea of writing a narrative based on news reports, specifically those involving U.S. immigration, was attractive,” said Menchaca.

By using the form of an ancient codex, he was able to treat these current events as artifact and construct contextual metaphor. In the summer of 2011, Menchaca was admitted as a participant at the Skowhegan School of Painting and Sculpture residency. As a recipient of The Artist Foundation of San Antonio Award, he is currently working on continuing his “Codex Migratus” project.